Some agents, numbering up to 50 from various departments including the United States Postal Service, FDA, FBI, and other governmental bodies conducted a raid on all 3 Enzyte offices which were all located in different locations. A federal judge authorized federal authorities with a sealed search warrant to freeze all bank accounts associated with the company and legislated further future indictments.

Let’s Look At The Whole Enzyte Scam From The Start 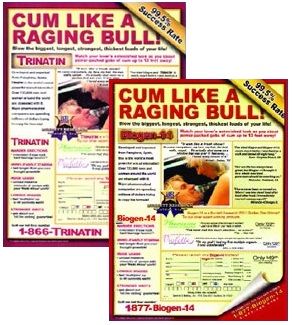 Another product called Trinatin as well as the one mentioned previously, both claim to have won a gold star award from the Burdette research, which seems pretty much just as bogus as the whole Enzyte study itself.

The way all these products are linked together is by the same post office box for LifeKey. As you can see from the picture, those old adverts were a lot more sleazy than the newer Enzyte advertising which took more of a pharmaceutical approach.

Mr. Steven Warshak, the creator of the Enzyte scam is now safely locked away in federal prison with a 25-year sentence, and here is a picture of where he will be spending the next 25 years facing criminal charges and also the address where you can contact him on is mentioned below just in case you have any conflicts. 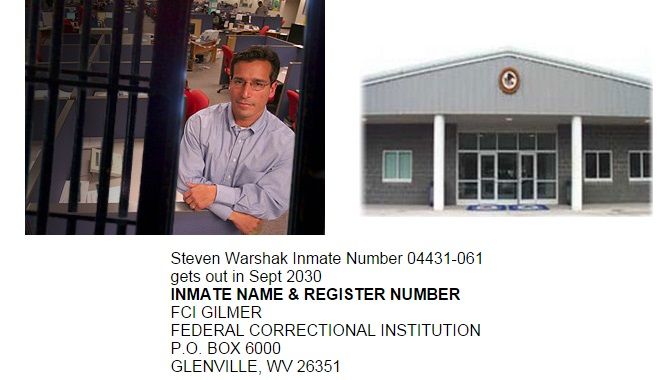 From what we have seen since 2001 the most heavily promoted male sexual enhancement supplement has been Enzyte, no other product comes close with regards to promotion. Initially, the company started pushing it using full-page advertisements in magazines.

They then further expanded their marketing ploy by using radio and television commercials. In 2004 there Enzyte commercials were playing more on ESPN than Chris Berman and Dan Patrick put together.

Boasting of yearly sales of over $100 million and an estimated, extrapolated view of over $250 million for the following year of 2005. So by that account, millions of men have had unauthorized charges and been robbed of their hard-earned cash. Where the credit card transactions landed straight into the bank account of this fraudulent company. This was all made possible and engineered by using a fake study, non-existent doctors, corny and false advertising, unauthorized credit card charges, cold calling, and Warshak’s emails.

No Matter Which Scam You May Come Across, None Can Be Compared To The Scale Of Enzyte.

On 16 March more than 50 company officials from major governmental bodies namely the FBI, IRS, FDA, US postal inspectors, and various other law enforcement superintendents undertook a mass scale raid on all three of the Enzyte offices.

$23 million forfeitures in the company’s bank accounts were seized and frozen; haulage trucks were used to escort massive amounts of documents and a major criminal investigation of the company was announced by the government. According to court documents, the criminal charges filed were for mail fraud, bank fraud, money laundering, conspiracy amidst other fraudulent practices.

Legal officers, for the time being, are stating that Enzyte is out of business and into liquidation. Furthermore, it is not long now until multiple criminal indictments are issued to the company and all senior personnel involved.

The better business bureau at the same time had recorded over 4200 customer complaints, which means the company had excelled all others in this regard too. A further class action lawsuit topped it all off. A Los Angeles federal judge had ordered for the seizure of $2 million worth of assets belonging to Mr. Warshak, the owner, and founder of Enzyte. This sum was attached by the Premier radio network after Mr. Warshak had conspired not to pay the station for an advertising deal.

Unfortunately, Enzyte is still available to buy online and also at stores at hundreds of shops throughout the country. We will delve deeper and give you more insight into the actual product, so you don’t get scammed and also offer viable alternatives.

Who Is Steve Warshak Enzyte Scammer 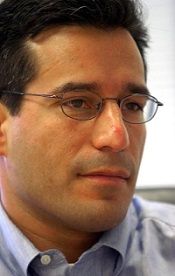 Steve Warshak is from Cincinnati, Ohio. He is now 38-years-old and started selling Enzyte at the beginning of 2001 under the LifeKey umbrella. Dodgy signs were seen from the outset as he changed the company name to a different one and then switched it again to a new name called Berkeley Premium Nutraceuticals.

Steve Warshak is no newbie when it comes to marketing. Previously he had owned an advertising company selling advertising at hockey rinks nationwide.

When Enzyte was launched, it was sold under the false guise of a study that proclaimed that anybody who followed the program how it was stated, then they would see an increase of up to 41% in length and girth within eight months.

This claim is a far-fetched one at best, claiming an almost double size within eight months.

Life key, at the time, claimed it was developed by Dr. Frederick Tomkins and Dr. Michael Moore, a Stanford University graduate and a leading Harvard urologist respectively. Needless to say, both these personalities are non-existent and entirely made up. This was further clarified by both universities who had no record or recollection of either of these two men.

The Spurious Story Of Enzyte

Steve Warshak’s marketing expertise shines through. Moving on from the corny deceptive ads, they took a new approach by featuring an exaggerated smile from smilin Bob and also clinical study in their upcoming adverts with no valid claims. What a lovely clinical study it would have been considering it used fraudulent claims, fake doctors, and complete and utter bullshit.

The new adverts were full-page ads in popular, renowned magazines such as Maxim, men’s health, and FHM. To add insult to injury even Forbes and Business Week had featured these bogus adverts, so you can imagine the amount of credibility this would have brought to the product.

The new adverts were the type of ads that the unsuspecting victim was asked to fill out a five-question survey and leave their details for them to be then contacted to sell them Enzyte. The adverts allegedly included 100 men who had taken Enzyte and claimed a 31% increase in length and girth.

No third party was used for the formation of this study, nor did it have any involvement from doctors and neither was a placebo used. It was not peer-reviewed or conducted in a controlled research lab.

So What Are We Exactly Supposed To Believe About Enzyte?

That 100 men got an erection and then pulled out a measuring tape and measured how many inches it was, then three months later did the same and concluded that it was a 31% increase. If you believe this, then you may also be interested in a couple of pyramids I have for sale in Cairo.

We have managed to get some inside information from an official customer service rep; he said that he was given instructions to tell guys over the phone that Enzyte would provide them with 4 added inches of permanent growth.

The survey we refer to earlier is a complete and utter shambles, not based on real results but based on the imagination of Mr. Warshak. Any third parties did not verify it and in the most recent of his brochures, he explicitly states that the results of the customer feedback were based on real customers who contacted him to leave reviews randomly or using anonymous surveys which were sent out, to consumers.

Seems like the new handlers he was using had tried to cover their backs by stating that the surveys have no third-party verification. They seemed nervous and rightfully so, knowing that Mr. Warshak had stolen millions of dollars from customers using his unscrupulous pharmaceutical adverts which bolstered a “clinical study.”

Is That All? Wait… There’s More…

Not only the false advertising but the fraudulent clinical research and fake doctors, Enzyte and LifeKey/Berkeley also had to take it one step further and incorporate deceptive billing techniques and unauthorized shipments.

Enzyte and everyone and everything associated with it including their sales reps were all manifested in lies, deceit, and any trick they could get their hands on to make customers give up their hard-earned cash.

Seeing as Mr. Warshak was such a good marketer it is unfortunate that he didn’t bring an actual working product actually to help men with their sexual health instead of just ripping them off.

Unfortunately now, hundreds of men who were lured into the Enzyte promise are going to be left with a negative view about health supplements. This is unfair on legitimate products that work and improve men’s quality of life and sexual health.

As if the men’s health industry didn’t already have a negative stigma attached, it is products like this and people such as Mr. Warshak that fuel this negative vibe.

And to conclude, it seems as though Mr. Warshak still hasn’t learned his lesson, as in a recent news story he described the actions of the government as a witch hunt. Surprisingly he is crying out and requesting to know where the local politicians were in his dire time of need (meaning at the date of the raid). Seems legit.

It appears that he still hasn’t seen the error of his ways, believing that he was running a legitimate company in good faith and thinks it’s okay to steal people’s cash by tricking them in any which way he possibly could. What we want to know is where the heck is Dr. Moore and Dr. Thomkins when you need them.