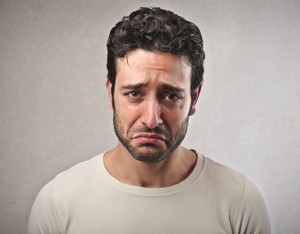 Bumps, red patches, and stretch marks; we all have parts of our bodies that make us squirm. Some of these problems are common – you can laugh at them over a pint with your mates or quickly find out what you need to buy at a pharmacy to rectify the situation.

But what about when you have something a little bit rarer and more embarrassing?

To help you out we’re going to take a look at some of the most embarrassing problems men face today and what you can do about them.

Issue 1: Bumps where there should be no bumps

The penis is a delicate subject for any man and anything out of the ordinary is sure to be viewed with some suspicion and worry by most males and females alike. Pearly Penile papules are small pearly lumps that circle the rim of the penis in one or more rows.

Completely harmless, they are often confused with the distinctly nastier genital warts. Unlike genital warts, these papules are smaller, have less variety to them, and won’t get larger over time.

They’ll also usually only reside on the head of the penis and not spread down the shaft.

What to do about them: Any unusual lump or change to your penis should be examined by a doctor, just to be on the safe side. While they won’t go away by themselves, they are quite common and nothing to be worried about.

If you are seriously concerned about the look of them you might want to see a dermatologist – some will offer electrodesiccation as an option to remove the papules.

This will not only be painful but it may also cost you a decent amount, and you’ll also need to take a break from sexual activities while in recovery. You might decide it’s better to live with them or use the proven home treatment for Pearly penile papule removal.

If you regularly visit the gym, you might begin to notice the positive benefits to your body are also hurting your hands.

A lot of gym equipment is covered in rubber and for many people, this can bring out an allergic reaction resulting in eczema. Using equipment that has just been used by loads of other people before you doesn’t help either of course – who knows how clean or dirty their hands are.

What to do about it:  If you’re noticing a typical rash on your hands after visiting a gym, you should consult your dermatologist or doctor to find out what is causing the bad reaction.

You can improve the situation by wearing gloves while working out and using a gentler soap when washing your hands. You might also want to consider using a moisturizer to help keep your hands clean. If necessary, your doctor will give you a prescription for a steroid cream to help reduce the rash.

What to do about it: Creams, hormones, and magic cures marketed to enlarge your penis by several inches in as many months have been largely derided by doctors as a sham.

However, there is growing evidence based on a scientific study that there are gains to be had by using traction or stretching devices over time.

These studies were based on participants using the devices for many hours a day for several months and slowly increasing the pressure over time as per the manufacturer’s guidelines.

These are a tool for the patient, and you should see some gains when used correctly, a word of warning, though – the manufacturer’s guidelines are there for a reason, and abuse of such a device could cause more harm than good. The Body Freedom devices of choice are the Phallosan Forte and Sizegenetics.

You don’t just get stretch marks when pregnant – any activity where you rapidly increase your size can result in stretch marks on your skin.

For most men this problem arises at the gym – you work out hard and put on some quick gains, but the resulting mass also gives you stretch marks across your shoulders and chests.

These red and purple lines soon fade into looking like a scar. You can of course also get stretch marks by putting on massive weight gain – and they won’t necessarily disappear after losing the weight.

What to do about them: The first thing you need to do is relax – your stretch marks are probably not nearly as visible to other people as you think.

They’ll be covered up most of the time and even when they’re not unless someone knows they’re there they can be quite hard to spot.

If you don’t like them, then there are ways to treat them. Simple creams are available which can help diminish them over time, but the best way to get rid of them is through laser treatments.

You’ll need several treatments over a few months and at first, they’ll probably look worse rather than better – however, this is the only certain way to significantly reduce them.