How Do Penis Extenders Really Work For Male Penile Enlargement? 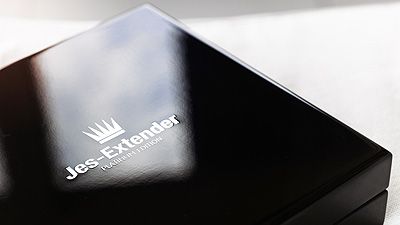 While that title will probably flag this article in every male enhancement pill spam filter designed by man, it’s also true. Research by doctors on the Jes Extender suggests a penis extender device for your penis can enlarge the soft penile length of your penis by as much as one inch.1

Tests were done using the Jes Extender, a penile extender, or ‘traction device’, for those that want to make it sound scientific, which according to the manufacturers should be used for a minimum of six hours each day for six months or more to get the promised results.

Doctors say it is both efficient and safe, and that extensive use can increase the size of your erection and even improve your erectile function.2 Should you want to read the results for yourself, they are available from the American Urological Association and BJU International, March issue. (That’s the British Journal of Urology of course).3

So while it does mildly resemble a torture device fresh out of the medieval ages – is this the penile extender you’ve been looking for? Well…yes. Maybe.

The evolution of penis stretchers has reached a stage where the companies are now focused on comfort, thus wearing it would be less torturous and better results could be achieved. One such penis enlargement device is known as Sizegenetics comes with a 58-way comfort system. Another is Male Edge which is slightly cheaper.

Research is on the up

While in the past you might have been more likely to read about a penile extender in a top-shelf men’s magazine more and more research is being done within the scientific community.

Many men would want to have a bit of extra length (even though a very high percentage of us are reasonable and can copulate just fine).

The name given to anxiety over length is penile dysmorphophobia, which has been becoming more and more common, presumably also within the scientific community judging by the increased amount of studies done on the subject.4

While data is somewhat sparse, it is accepted that the typical penis length when flaccid is approximately 3 inches, and anywhere between 1 and 4 inches are average. Regardless of penis size, when soft, the average length when erect is about 5 or 6 inches.5

Hoping to find a solution that works for men with a penis that is smaller than 1 and a half inches when not erect and no more than 2.75” erect penis, an intrepid band of scientists led by Wendy Hurn, a urologist, along with others at the Bristol Royal Infirmary Hospital based in the United Kingdom decided to put the claims of one commercial penile extender to the test.7

Science to the rescue

Wendy Hurn (pictured to the right) started her research by recruiting 15 men highly motivated to increase their length.

Subjects were measured regularly throughout the test and also measured six months later, after the trial ended, to see if the results stayed or disappeared.

Even six months later, after the penile traction device had stopped being used, results showed some significant successes. On average the men had gained about 0.9” and 32% in flaccid penis length, and approximately an extra half an inch when erect, which shows that these devices could improve erection size.

Hurn indicated that the improvements were made regardless of starting size, so both those with a very small penis and those with a more average penis (yet still suffering from penile dysmorphophobia) gained benefits.

Despite positive results, they didn’t quite line up with the manufacturer’s claims. Jes Extender markets the device as being able to give an average increase of 1.3” to an erection as well as a thicker girth. With only a half-inch gain to an erection and no perceived change in circumference, the results cannot be said to live up to the hype, although they are still positive.

The scientific journal does not indicate as to whether the men’s partners had gained any extra pleasure from the change.

Still a stretch of the imagination?

A half an inch increase in length to your erection is certainly a positive result – but is it worth stretching your penis in a device resembling torture equipment for six hours each day for six months?

Urologists themselves wince at the idea as many of their patients are people who have caused damage to their penis, quite often permanently, through too much stretching penis exercise or the use of other devices such as a vacuum penis pump. Both methods can result in penile fractures or the bursting of blood vessels if not careful, however with careful use they can be quite effective.8

Hurn has gone on record to say that a gradual stretching could be a safe method of increasing penis length – just as other skin tissue can be stretched in procedures for cosmetic reasons such as breast enhancements.

Hurn’s next study will be investigating the effect of Peyronie’s disease (curved penis) and the effects penile extenders can have. A small earlier study recently written in the Journal of Sexual Medicine indicated that the use of a penile extender could both decrease curvature and increase size.

For those of you thinking of trying the device yourself, Hurn gives one last warning – do not wear the device while sleeping in case you roll over and cause yourself one of the painfully sounding “penile fractures”.

Hurn also warns that other products such as testosterone boosters, creams, and supplements marketed to increase length and size are unlikely to have any effect and may even be dangerous. However other research indicates otherwise, but consider yourself warned.

UPDATE: Since this article refers to the conventional penile stretcher devices, it is advised that you do not sleep in the device. However, a new type of stretcher that uses both penis traction forces in conjunction with vacuum forces is ideal for wearing to sleep.

The best penis extender is called the Phallosan Forte and has also been tested and had the results published in the Journal of Urology.9 Furthermore, it has been awarded FDA clearance. Click here to read a Phallosan Forte review. An Alternative To Phallosan is the Penimaster Pro with positive results reported in studies.10 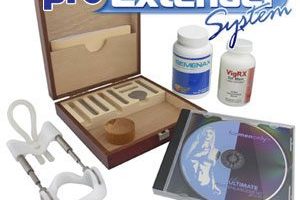 Does This Pro Penis Extender Device Work? Best Male Enhancement System Results In Quick Effects When Real Customers Use This… 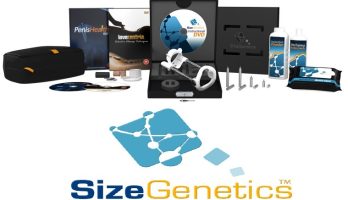 SizeGenetics Review: Extender Device Results Before And After For Natural Male Enhancement 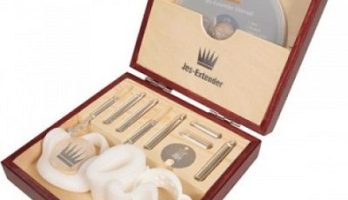 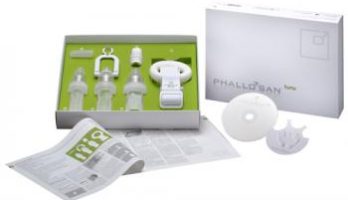 Phallosan Forte Reviews: Penis Extender Results Before And After Gains

Penis Extender Results Before And After Gains? Does This Device Really Work For Penile Enhancement To Make It Bigger? Customer… 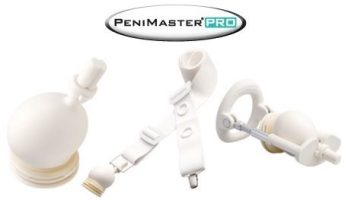 Best Penis Extender Results With This Penile Traction Device? Legit Discount And Sale So Gain Now With This Medical German…